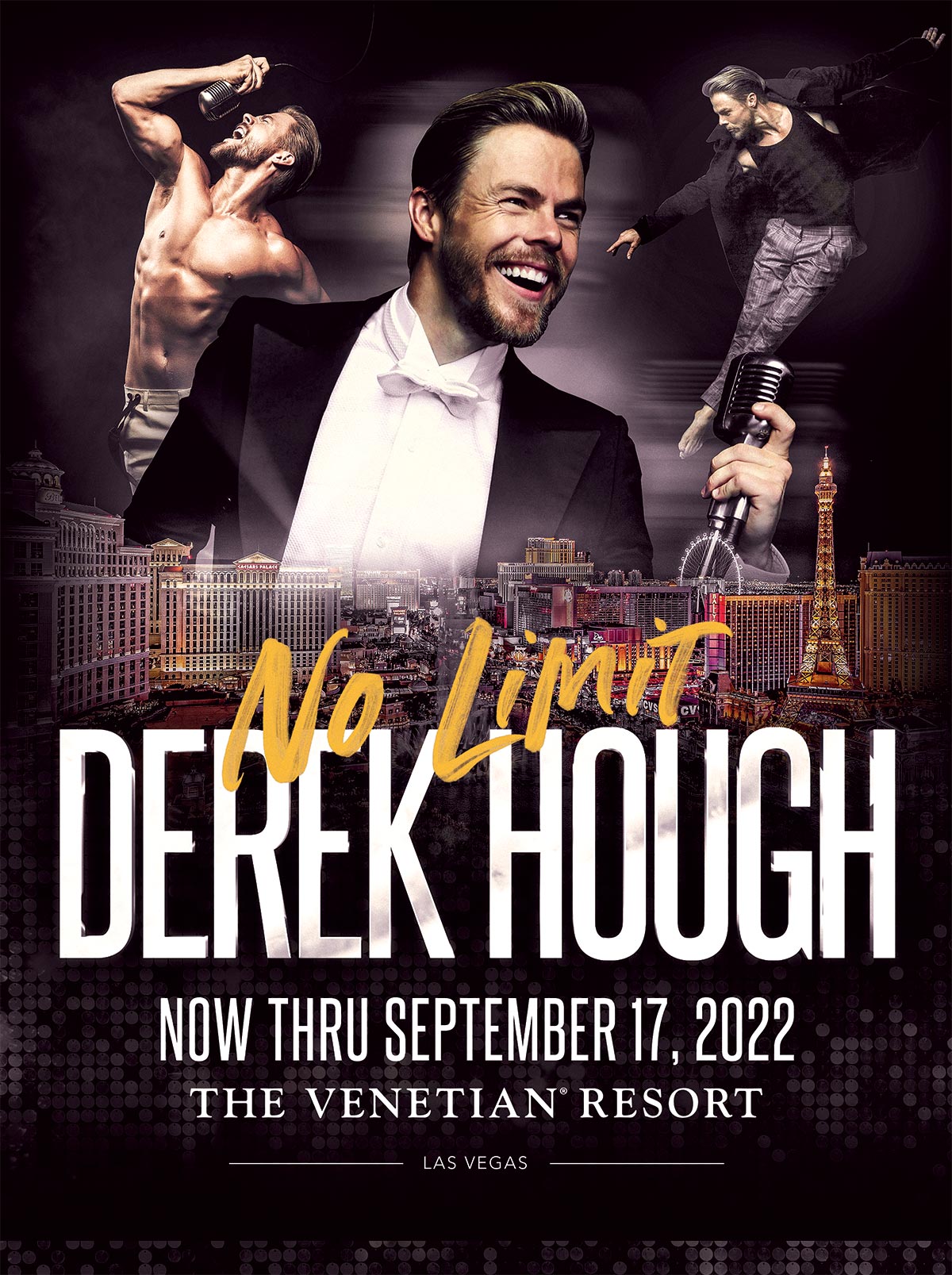 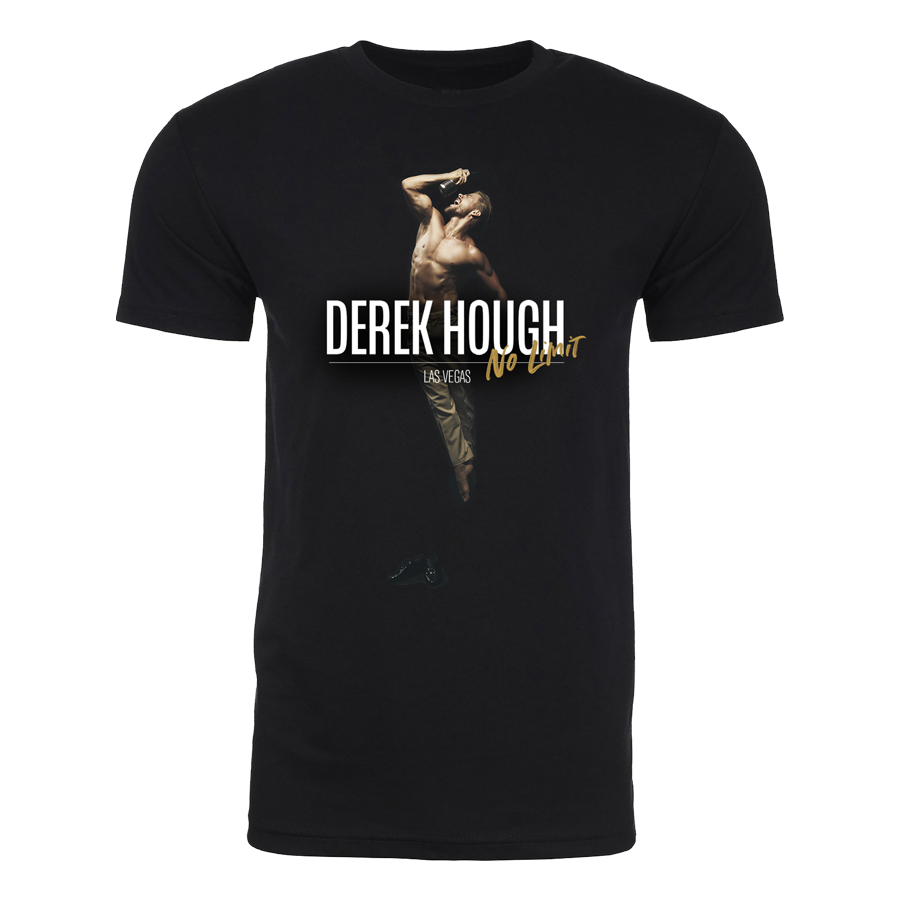 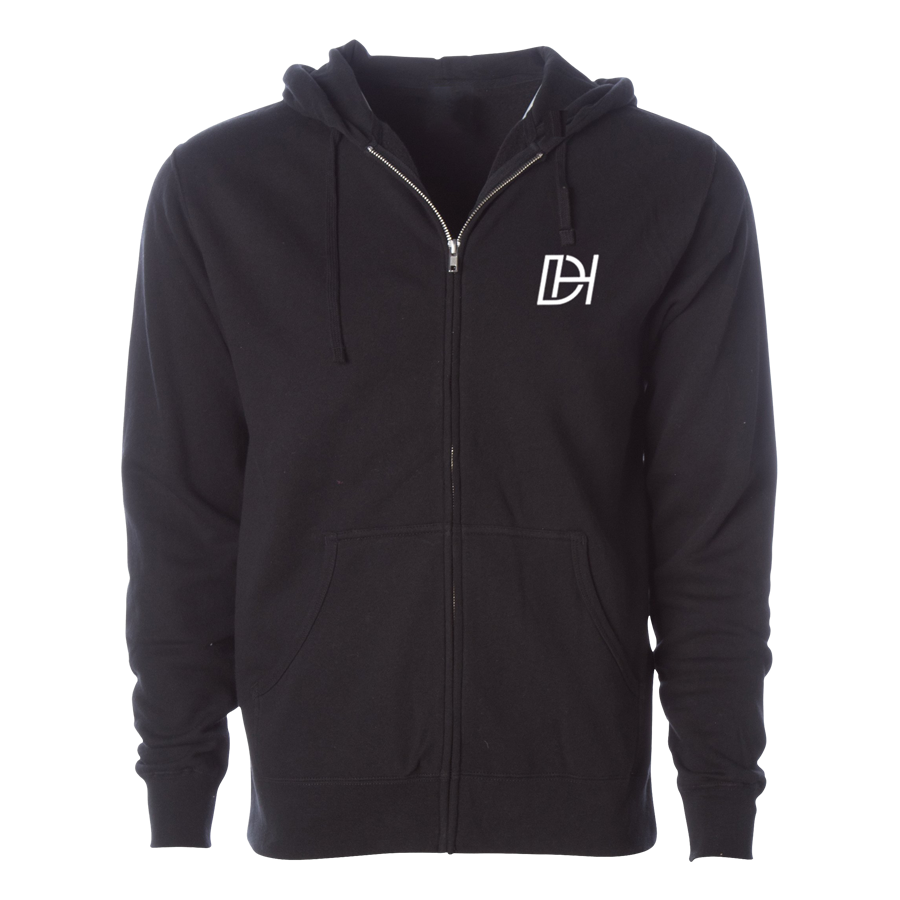 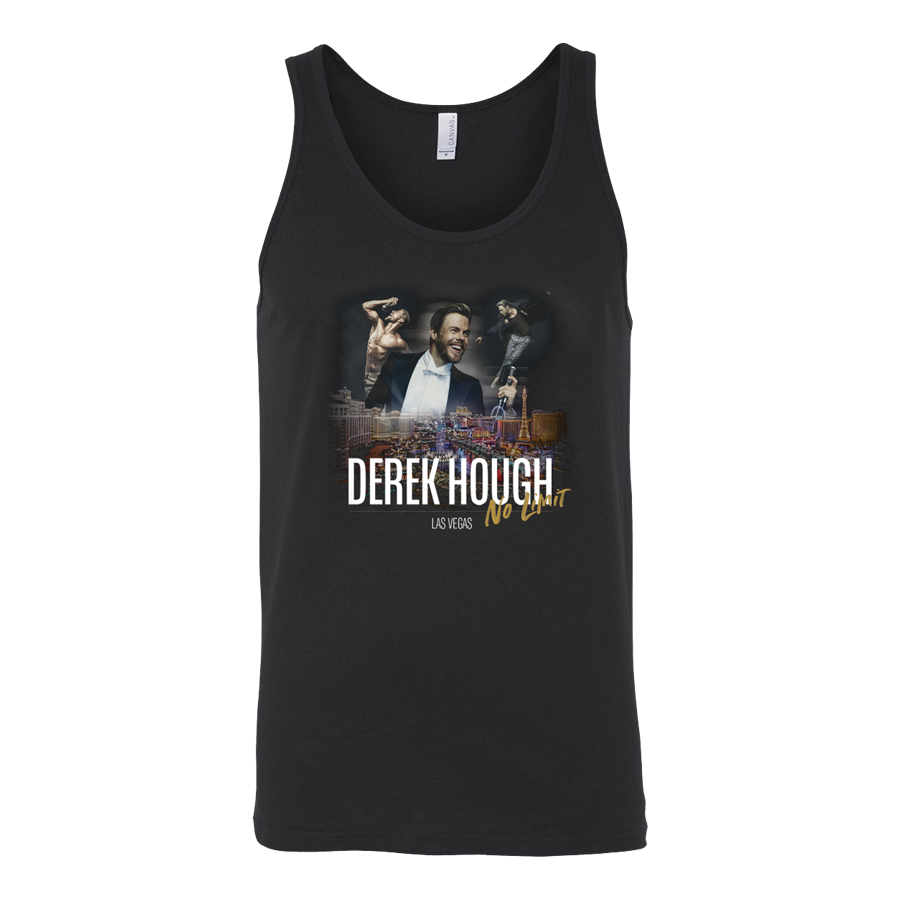 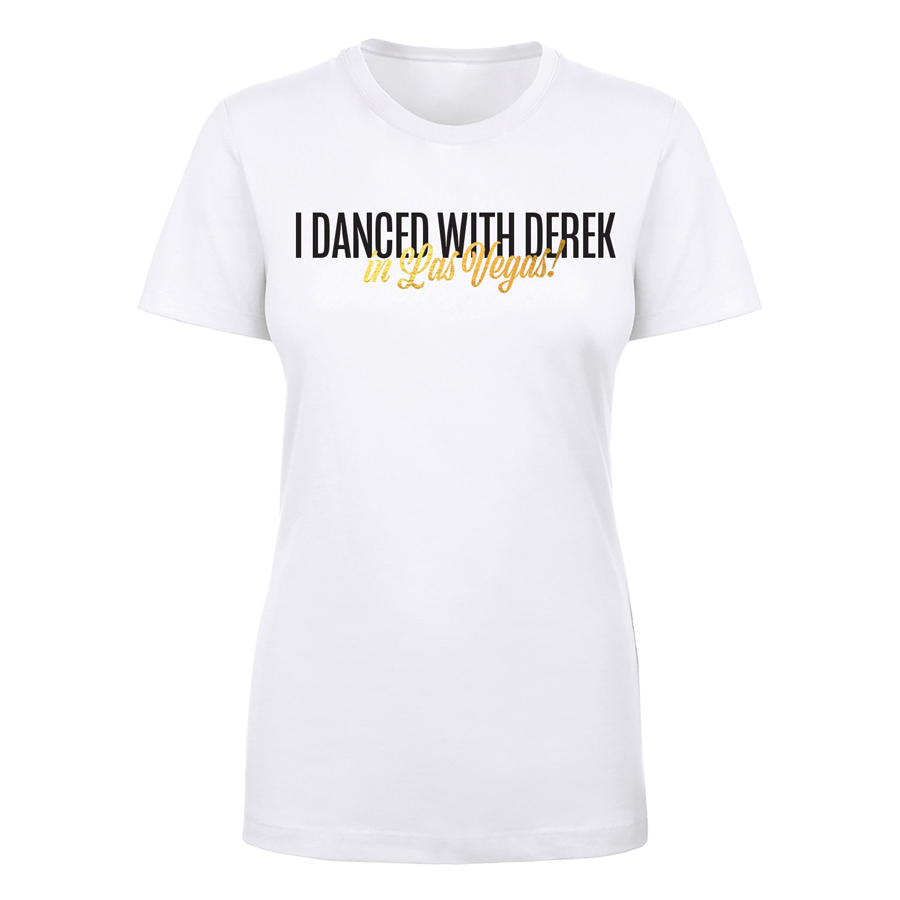 I Danced With Derek - White Tee

Multi-talented entertainer, two-time Emmy Award winner and nine-time nominee for Best Choreography, Derek Hough, has danced his way into the Entertainment Capital of the World with the announcement of his new show Derek Hough: No Limit at The Venetian Las Vegas beginning May 18 through September 10. The dance-centric show will incorporate all-new production elements, designed specifically for the Sands Showroom, astounding versatility and, as always, Derek’s magnetic stage presence. Fans will journey through a true fusion of dance and music, as Derek explores styles ranging from ballroom and tap to salsa, hip-hop and everything in between.

Emmy Award winning and New York Times Best-Selling author Derek Hough, the only six time champion in franchise history of the hit ABC show Dancing with the Stars, started dancing in his hometown of Salt Lake City, UT, at age 11. Just one year later, he moved to London to live and train with the top dance coaches in the world and attend the prestigious Italia Conti performing arts school where he studied theatre, music and dance.

A multi-talented entertainer, two-time Emmy Award winner and none-time nominee for Best Choreography, Hough has also appeared in film, television and stage projects as an actor.  He made his feature film debut for director Duane Adler and producer Robert Cort in the feature film Make Your Move and has a recurring role on the ABC series Nashville.  His stage performances include Radio City Music Hall’s Spring Spectacular costarring alongside the Tony Award winning Laura Benanti and the critically acclaimed production of Footloose which he starred as the male lead in London’s West End.  In December of 2016, Hough starred with Jennifer Hudson, Ariana Grande, Martin Short and Harvey Fierstein in NBC’s Hairspray Live!

In May of 2017, Hough joined Jennifer Lopez and Ne-Yo at the judges table for the NBC series World of Dance. World of Dance, which launched as the highest rated summer show in over ten years, is an unparalleled dance competition that featured solo artists competing against duos and crews in all genres of dance, including hip hop, tap, ballet, break dancing, ballroom, and more competing for a million dollar prize.

Hough can also add best-selling author to his list of credits.  His memoir Taking the Lead; Lessons from a Life in Motion hit stands in August of 2014 and rapidly was named to the prestigious New York Times Best-Seller list during two non-consecutive time periods.  In 2014 Hough and his sister Julianne teamed for a live stage dance concert MOVE Live on Tour performing in 50 cities around the country, in 2015 they toured again selling out scores of venues on their 47city outing.  In 2017 they again performed a sold-out tour of 48 cities around the United States with their show Move – Beyond – Live on Tour.